I don’t really have anything deep to share with my readers to be honest, and no half-decent pictures this time, because I haven’t really been out with the camera purposely to take photos, but it’s been two weeks since I posted something and I guess I just miss writing. But I’ve had an interesting weekend. Well, the first part of it, as I’ve done sweet F-all today (Sunday) except for watching La Piovra from the first season and thinking about how Michele Placido was my first crush when I was probably not even a teenager. Ah, the Italians… (Oh, how much I cried, 10 years old, when Corrado Cattani was killed by 70 shots. Apparently in Italy “what were you doing when commissario Cattani died?” is a bit like “What were you doing when Kennedy was shot?” – only Cattani was fictional). But what I am about to write I would have ended up writing on Facebook, or bits of it anyway, at least here I can fully unleash whatever it is to make me write.

Friday, opera night. I wasn’t too convinced about seeing a 37 years old production of Les Contes d’Hoffmann, but I was wrong. The story is rather simple: a drunk poet tells three stories about three women he loved, while waiting for a date with his current flame, an italian prima donna, a union of all three, only to be persuaded by the Muse disguised as his friend Nicklausse to give up profane love and dedicate himself fully to art. The staging is very traditional and looks rather dusty (although 37 years ago bringing the story 100 years forward to Offenbach’s contemporary 1880s might have been seen as daring), but the surely non intentional faded grandeur kind of works with the bohemian lead character. No need to write any further about the production, as it has obviously been successful, otherwise the Royal Opera House would have stopped reviving it every other year by now. I think most people, me included, came to hear the cast packed with international stars. The trio of female leads presents russian soprano Sofia Fomina as Olympia, english mezzo Christine Rice as Giulietta, and bulgarian soon-to-be superstar soprano Sonia Yoncheva as Antonia. I have recently seen Yoncheva in the (horrible) new production of Norma in the ROH and she was – as opposed to the whole staging – simply breathtaking. In the supporting roles, american mezzo Kate Lindsey was a very fine Nicklausse/Muse of poetry, and american baritone Thomas Hampton was a superb baddie in all four parts. And then there was Vittorio Grigòlo, the handsome italian supernova, signing with all his might. Grigòlo has everything – the looks, the voice, the talent to depict the character with his singing, but he is not capable of physical acting. His gestures are too grand, he puts himself in most ridiculous poses all the time, knees bent, chest forward, arms widespread, and I assume a signer of his format must know other means to control his diaphragm. It’s a shame, because it all sounds so good, one just has to close their eyes (which, too, is a shame, because he really is fit). 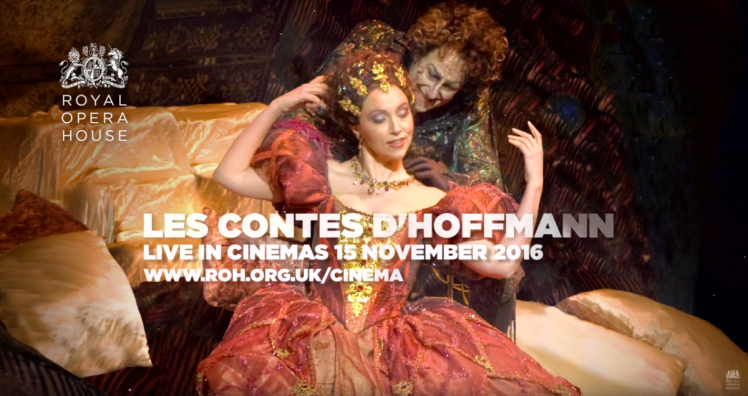 Anyway – I was taking a friend of mine to her first ever opera, and I came to the conclusion that Les Contes d’Hoffmann was a great choice. Because not only the music is very accessible to a beginner, but it is also holds together as a perfect drama without being repetitive, it is not structured as a concert in costumes (which some operas may look like to a first time goer), and she absolutely loved it. It is delightful to see that someone else is amazed, touched by the music, pleased to recognize a tune. After the performance we ended up in a thai cafe just next door to the theatre, across the road from the stage door, so we watched all the performers leaving the building. Even the soprano managed to leave 40 minutes before the italian tenor. Ah, the Italians…

And from the masterpiece itself, dear children, what have we learned? That men, even men of great talent, fall in love with soul-less dolls, whores that torture them, or women they cannot have. Even better if it’s all three-in-one. (To be honest, women do just the same, so we’re propably square.) Yay! Belle nuit, ô nuit d’amour, souris à nos ivresses!

Yeah, and Saturday I went completely mad and dyed my hair colour smurf.  Nah. I only went to Twickenham to see Fiji – England rugby match. I was obviously supporting Fiji (hence the blue wig). Obviously, because I like the southern hemisphere rugby better, and because there is no bloody way I would support England (unless they were playing Russia). Unfortunately Fiji ended up being badly beaten by England. Still, the atmosphere at Twickenham is always good, the drinks after are fun, and hey, it seems that the only thing a girl needs to attract men’s attention in this country is a brightly coloured wig. 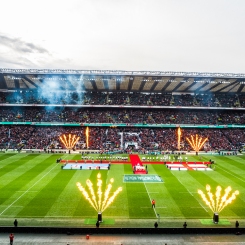 Remember to remember me, standing still in your past…

…floating fast like a hummingbird. And at long last, Wilco live in O2 Academy Brixton. The first and only time I’d seen them was in Prague in 2010, and yet-to-become-famous John Grant was opening for them then. The long wait was worth it. Unfortunately the support act, William Taylor, was nowhere near John Grant, but he was ok. He left the stage claiming that “even if shit looks real bad right now, this shit is exactly what is gonna get us through all the shit”, or something like that. A message one can easily agree with, but boy, you really need to learn that there are more substantives in English than “shit”. Wilco put up a fantastic gig, though “Country disappeared” sadly did not make it to the setlist, but in the end it did not really matter. 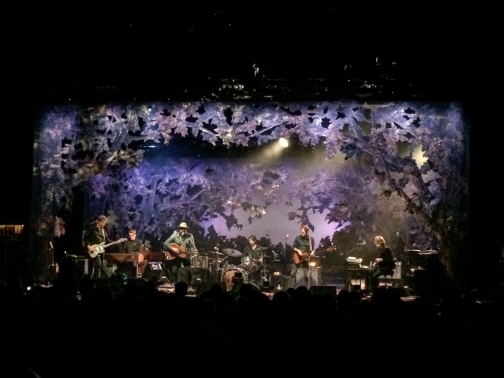 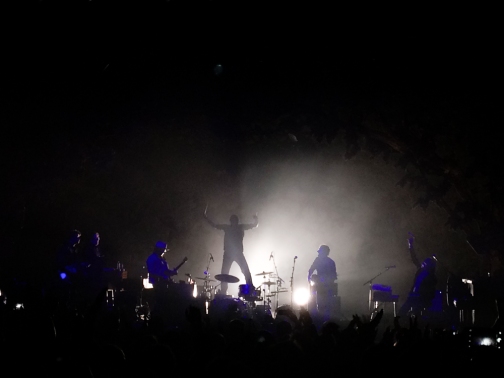