Right, Belgium. What did I know about Brussels/Belgium before coming here… Not much to be fair.  Let’s see: Seat to EU bureaucratic machinery, lax gun control laws, no government for years (maybe there is one now, I am lazy to check) and Tintin. Food: For some reason the locals think that steamed mussels and French fries is a match made in heaven. Leonidas pralines that my father used to bring back from his business trips in the nineties. Supposedly good beer. Music: what is the first thing that comes to my  mind when I think about Belgian music? Sadly, it’s something I’d rather forget: Plastic Bertrand. (Seriously, only click on the link if heavily made-up guys wearing rubber and singing in french are your thing. Consider yourself warned). And yes, the Hooverphonic. Now this triggers some good memories. I recall being dragged to their concert in my second year of uni by one of my flat mates (I won’t tell which one, as most of them – all of them, really, except for me – are respectable women now). We must have been about the only two not teenagers in the club, and when after the show the band started to mingle among those who remained in the club, my friend forced me to take a photo with their drummer (to be fair, he was rather fit). They asked us if there was a place to have a drink, and whether we’d care to join them. I spent the rest of the night in some horrible cocktail bar chatting to almost complete Hooverphonic. Almost, because my friend and the drummer were nowhere to be found and miraculously reappeared around 5 am. Reportedly their tour bus was upholstered in leather. And for the record: this really did happen to a friend. It’s not one of those “a-friend-of-mine” stories.  So yes, I could not name one Hooverphonic song at the moment, but my friend shagged their drummer (who I cannot name either). 6 grades of separations, huh? Now let’s see how the Belgian (low) expectations clashed with reality.

General impressions: Brussels was better than I thought it would be. My expectations were to find a grim concrete jungle mixed with an occasional historical building, London in miniature, minus the usual sights. Brussels was fairly nice. The central Grande Place is a bit kitsch, with all the gilded facades, but art nouveau gems by Victor Horta are spread all around the city and just to see those is worth the visit to Bruxelles. And then there was the company, which makes anything special, really. I went to visit my Tuscan friend Serena, who had been posted to Brussels for 6 months for her job, and trusting her judgement about places was a safe bet.

Food: did not bother with moules frites, because frankly Italian and/or Scottish mussels are better, and they tend to spoil them with horrible sauces here anyway. But oh, this nation certainly knows how to fry a potato. It would have never crossed my mind to queue for a cone of chips, but now I know I would again. Fried to perfection, crispy on the surface, not soaked in oil, tender in the middle. I have tried many potato chips, but the Belgian frites win.  (Now, I invite the Italians among my readers to imagine this sentence in italian and enjoy the double entendre). Notable places: Kipkop, doing only grilled chicken and fries. But it’s no ordinary chicken shop. Go and try. La Sardine du Marseillaise, for a made to order sandwich that you can take to the next door pub and eat it with a drink.

Beer: horrible. Seriously, I don’t understand where the legend comes from. It’s sweet, strong, sticky, it’s like drinking a dish of pasta. Or it’s a lambic, which tastes like fermented chemical fruit juice. I frankly cannot decide what’s worse. I did try a nice local IPA (bottled) called if I recall correctly Taras Bulba (just to show I am not completely biased towards the-only-good-beer-in-the-universe, that is ours). But if Belgian beers are your thing, I recommend La Mort Subite to have a few. The name means “at the sudden death”, and despite the name, it’s not an ice hockey joint, but a pub that goes back 6 generations and used to cater for public servants from a nearby council. “Sudden death” was apparently a drinking game that the council employees used to play during lunch breaks. Well, it’s heartwarming to learn that Brussels has a long tradition of efficient bureaucracy reaching far before the EU era.

Kipkop (St Boniface / Ixelles) – how a grilled chicken should be

Schuman / European commision building/ EU parliament –  so guys, this is where they make up all the bullshit. Don’t get me wrong, I generally like the idea of united Europe, it made my life so much easier, and I believe it has been the one thing that kept us from killing each other in the last 70 years. However, think what kind of political garbage Czech republic appoints to the EU parliament, Italy does the same, and the UK sent Farage of all people, basically whoever we cannot stand in national politics anymore, we send to Brussels. Simple logic would suggest that the European fuckwits cannot be more right than the local fuckwits in the national parliaments. Pardon the rant. But when all this circus is over, half of Brussels is gonna end up unemployed. 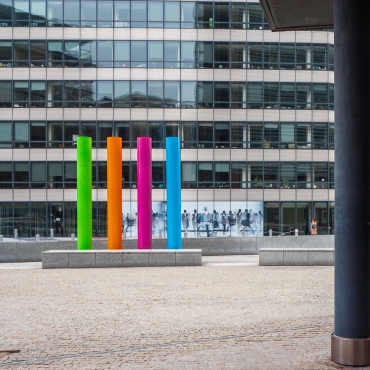 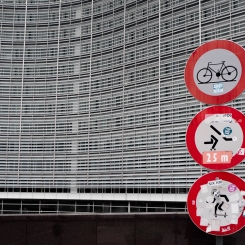 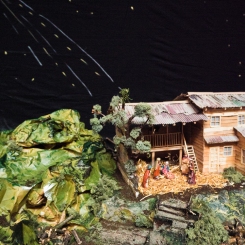 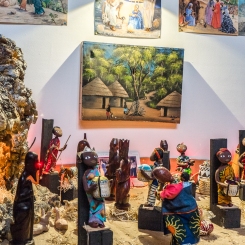 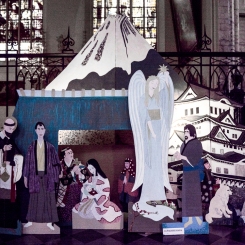 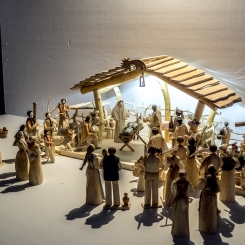 because I like taking photos of random guys on the street 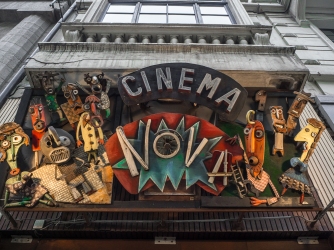 Atomium – right, I purposely missed the peeing boy statue, because I mean, it’s a peeing boy. Grownups who watch children pee are a bit awkward. (Still, we’re in Belgium though.) I could not, however, miss the other iconic thing most people associate with Bruxelles. Now, children, the Atomium does not represent an atom, as the name might wrongly suggest, because (without trying to remember or explain the orbital configuration) as we know, a nine-atom element is fluorine, which in nature comes as double molecule F2 (otherwise it’s not stable), therefore, the structure close to Heysel stadium CANNOT be an atom. In fact the Atomium represents nine atoms of iron assembled in a body-centred cubic crystalline structure. (I’m such a nerd sometimes. 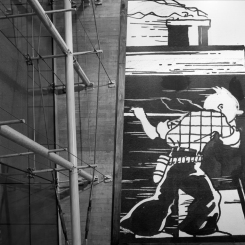 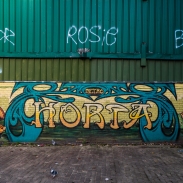 And finally a little quiz for you guys: WHAT exactly is in the following picture? Leave your answers in the comments below, I will publish the solution later. Go on, do your best!