Second and I’m afraid the last skiing weekend of the year, although I have been looking into squeezing into my busy schedule another couple of days on the snow towards the end of March. However, two days of travelling for a day and (maybe) a half of skiing looks like a bit of an unnecessary hassle. Actually, booking a skiing trip in the week of British half-term break wasn’t the brightest of the ideas, either. But it all worked out fine. I took my best friend on her first ever skiing trip to the Alps, to a centre called Pass Thurn, roughly half way between Kitzbuhel and Mittersill, where I’ve been coming with my parents almost every year since I was 11 or 12.

Now, Austria offers, in my opinion, the best skiing conditions in Europe in terms of value for money. Switzerland means great skiing, but too expensive (and it’s Switzerland); Italy has great food and mostly great weather, but the snow is shite, and it’s a bit on the expensive side. France is probably ok, but too far to drive from the Czech Republic. Austria, on the other hand, is only 6 hours drive (5 if you’re an idiot) from Prague, it usually has lots of snow, fair weather and not too many people.  Of course, you need to decide what you expect from your holiday. If it’s great skiing, sauna and quiet evenings what you’re after, then small Austrian villages are perfect.

As I said above, my family has been spending our winter holidays here since many years. We always come to the same hotel with spa, half board, directly next to the ski lift. There is sweet f-all to do in the evening, but let’s face it, after a day on the slopes and a couple of hours sweating it off in the sauna, there is nothing much one is capable of doing after dinner anyway. Now, if you decide for this area, and are willing to experience the local night life (or any kind of life, really), go to Kitzbuhel. It’s a charming, posh, kitsch little Smurf village, little houses with perfectly maintained colourful facades (and I bet flowers in the windows in summer), actually everything is as perfect as you’d expect from a german-speaking country. Everyone wears expensive eyewear and ski outfits with real fur, but I suspect most of these people skip the skiing and go directly to the apres-ski.

As we experienced a bit of trouble with booking the accommodation on a short(ish) notice, we managed to get a room in a B&B in a little village called Hollersbach, connected by a ski lift directly with Pass Thurn (a plus), about 5 km from civilization/Mittersill (a huge minus). Hollersbach must be the only village in the world that has no pub. Can you imagine? I come from a tiny town too, about 2000 souls, and we have 8 pubs. Ok, Czech Republic is admittedly a nation of pissheads par excellence, but still, I’d expect a place of refreshment in more or less any community. In Hollersbach there is a church for that purpose. But nowhere else to go.

I took an early morning flight from London to reach my friend in Prague and we drove to Austria together, checking in the B&B just after 5 pm. The first interaction with the landlord made me suspect that after all we might not be the biggest pissheads of the universe (can anybody else smell alcohol?). We asked if there was anywhere to eat in the village and were told that we may try our luck in one of the hotels, but more likely we’d have to drive to Mittersill. Now, taking the car was not an option. We wanted a drink, and we don’t drink and drive, even if it is just 5 km away. The said hotel told us to piss off, as they were only catering for their guests, but at least managed to call a cab for us (which arrived after an hour). Unfortunately we were forced to adopt this scenario for every other evening, too, probably boosting the revenues of the (only) local taxi. 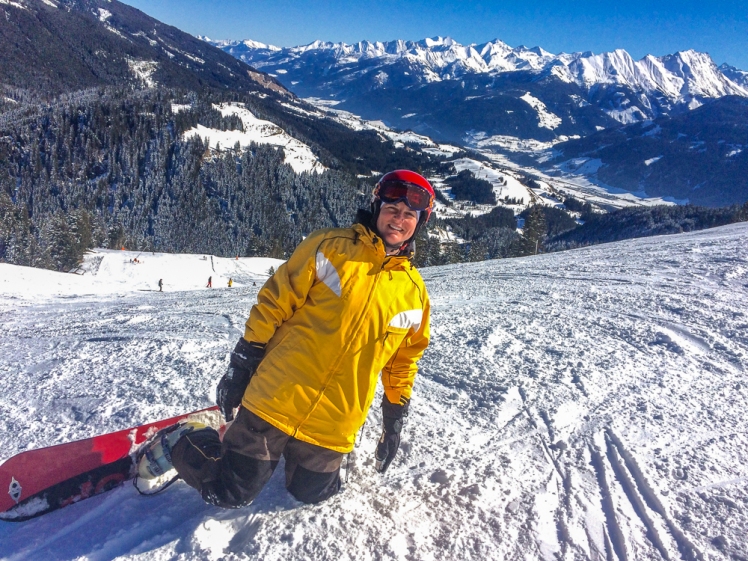 It was not until the skiing though that I realised how appalling the services in Austria actually were. It was like “the Alps are here, they’re not going anywhere, people are going to come anyway, we don’t need to try too hard”. Besides that, not many people actually speak English. Which was quite funny, because it forced me to employ my really limited (bordering on non existant) knowledge of German. Now, my Teutonic vocabulary consists of more or less the following:

Truth is, the said 5 years of exposure to the sexiest(*) language in the world left more damage than I’d like to admit, resulting in me being able to more or less understand German, it just becomes a tiny bit more challenging when I’m required to form a meaningful sentence. 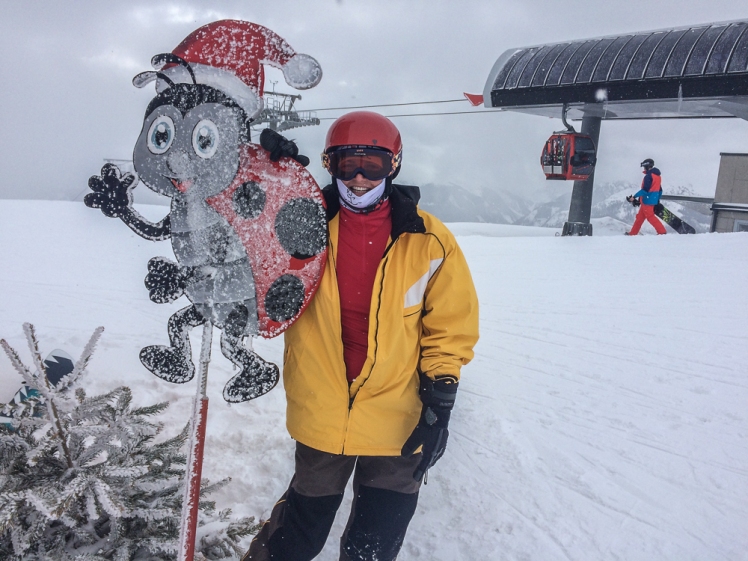 The actual skiing. My friend wished to take a private instructor because she hadn’t skied since she was 15. This proved to be the highlight of the entire trip. Walking into the booking office of the ski school, announcing that she “wanted a man” was just priceless. I was very tempted to remark that I’d be very jealous if she got a female instructor, but she would have killed me. Unfortunately she forgot to specify that she wanted a man who speaks English, so her lessons were somewhere between language class and PE. As soon as the instructor found out that a/ we were not a couple and b/ there were no boyfriends around, he went to make a phone call and upon coming back announced victoriously that “he was free in the evening”. Like we asked him to be. But, if being a ski instructor actually means skiing during the day, and adult entertainment at night, I may consider changing careers. Sounds just like my kind of job.

(*) Footnote: Now this is a pressing philosophical question: Is German sexy? Yeah ok, I get it, Goethe and Schiller and the rest, all those poets people don’t study over here in the UK “because we won the war” (I have been given this explanation from a person with literature degree from Cambridge, I kid you not). However, is German sexy? I guess it can be. BUT. The speaker has to be dressed in leather (or latex), armed with a whip or something similar and has to be giving (preferably shouting) orders. High heels are an optional (depends on your sex and preference). If this is your thing, then I guess under these circumstances, German is the perfect language.