Before everyone starts freaking out, NO, I am not having any dark thoughts. Not darker than usual, anyway. It is a literature reference of sorts, more than a musical one. The actual soundtrack at this very moment is Verdi’s Macbeth, which is what my computer randomly chose, and it does seem rather appropriate.

Exit music, for this is a tribute to one of my favourite authors, that has rendered this short visit to the Athens of the North strangely familiar, as if I was walking streets I had known for a long time (or at least heard of).

Exit music, for the year is coming to the end, and autumn is the most beautiful of the seasons, but I guess everything looks most beautiful when the end is inevitable.

Exit music, for I know I need to realize that just like spring comes after every winter, there is a life after love (and I know there is, there always is, there has always been before, eventually), there is life after most things, really, and that some living must be done after “we” die.

Exit music, for there will be no more UK trips for a while. 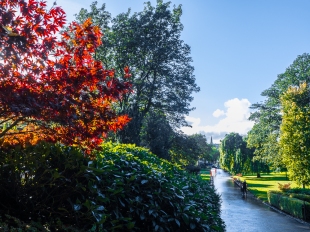 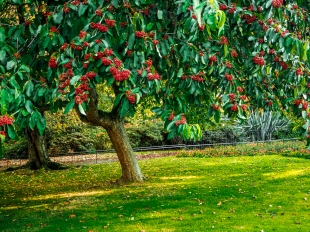 This started rather gloomily. I actually had not intended to write a sad post, because the trip was very pleasant. To be quite honest, I am new to this. I have no clue why people write blogs, or better, I understand why people who have something interesting to say write blogs, but when it comes to my own, I have always thought that (while quite happy to give my opinion on most things if I have one) no one is actually interested in it enough so that it has to remain stored online forever. The point is, I am not sure what form I want to give to it. It was supposed to be a travel/photo blog, but instead has been turning out rather introspective lately.

Anyway, Edinburgh. Possibly the most beautiful town I have visited so far (in the UK). It’s small, charming, medieval, and it has a bad-ass mountain practically in the city center. Even better, you can eat haggis for breakfast, lunch and dinner; and even even better, there is an embarrassing choice of single malts. 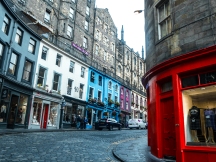 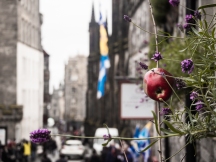 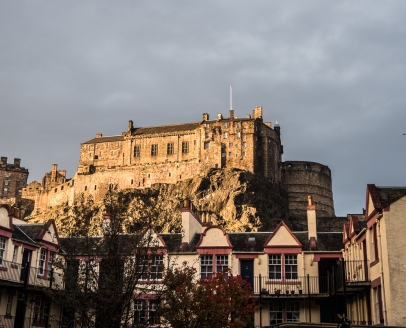 Day 1 morning: walk around the castle, the Royal Mile, over Waverley station towards Calton Hill to take the obligatory photographs with Nelson monument and the Old Town skyline. 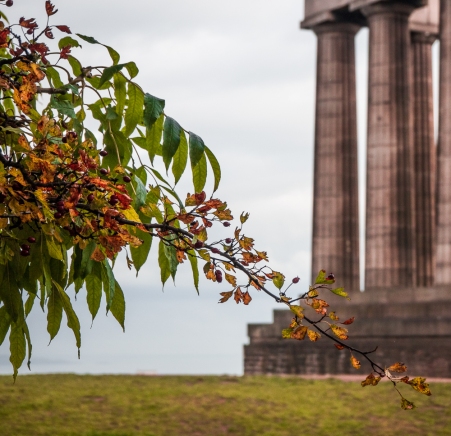 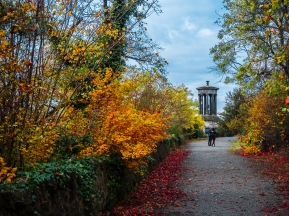 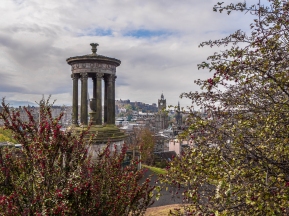 Adamant that I absolutely had to climb Arthur’s Seat, I set off for the Holyrood Park. The walk took me pass the Parliament, where many grown-ups, children and dogs (all of them proudly sporting Scottish flags, especially the dogs) were taking part in a rally for a new secession referendum. Best of luck guys.

Climbing Arthur’s seat is not really a proper hike, if you have ever done any half serious hiking. It is a short but fairly steep ascend (if you chose to climb it from the Salisbury Crag side), and a bit milder descend on the northern slope pass the ruins of St Anthony’s chapel and St Margaret Loch. In any case, you need proper shoes. Not necessarily hiking boots, but you might struggle in other than trainers. Although, I met some French chick who intended to get to Arthur’s Seat in high heels, so I guess anything can be done or at least attempted. 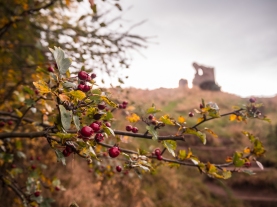 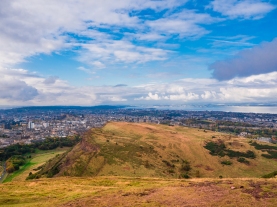 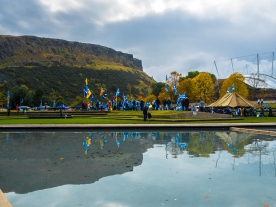 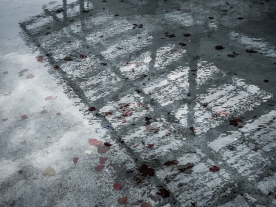 Back to town to pay a visit to Edinburgh’s most famous dog, the Greyfriars Bobby, and the adjacent church and graveyard. 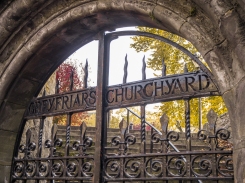 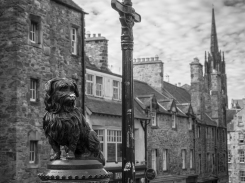 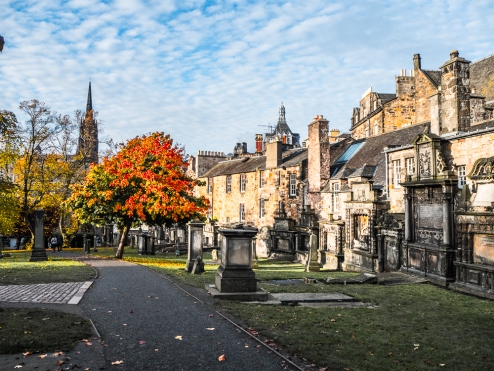 Day 2 – Portobello beach, relax, walk, playing with random dogs on the beach, watching the seagulls, the rainbow, and of course, fish and chips. 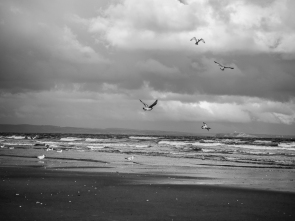 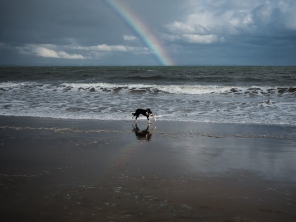 OK, if I had more time, I would have visited the museums, the galleries, proper restaurants, and so on. But the time I had was what it was, and I believe I made the most of it.