As most (all, presumably) of you are aware of, I spent the previous year causing trouble around the world, and additional couple of months (almost three now) doing sweet F.A. in Europe after that. I will soon be starting a new job (details are as yet confidential, but more information will follow at some point). In the meanwhile I decided to do something useful will all the time on my hands, apart from acting like the international jet-setter I in fact am.

Six years ago, when I was moving to London, I had of course no idea whatsoever what I got myself into. My expectations were … confused, definitely. I was expecting a big and exciting city (which it is) full of people from all corners of the world (also true) keen to meet other people (not true at all). I was expecting London to be the place I’ve known from Woody Allen films and Love Actually. I thought everybody looked like Liam Neeson and Colin Firth (who am I fooling, I am more likely to go for Bill Nighy) and talked like Benedict Cumberbatch or Alan Rickman. Especially talked like the latter. Instead I found a place full of self-absorbed, left-swiping (or right, I am not sure which direction is the correct one), stuck-up wankers who believe themselves the salt of the Earth and need to ingest 6 pints of lukewarm lager in 20 minutes time to be able to notice there real human beings in the world outside their smartphone screens. Oh, but the money was great, and so was going to the opera twice a month and seeing possibly every rock act I could dream of seeing. Shame for David Bowie, though.

I was depressed. I have never actually been diagnosed (because I carefully avoided seeing anybody about it), but when you don’t eat properly for months because you are uncertain whether you feel sick or hungry and you wake up in the morning asking yourself if you are ever going to laugh again, I believe you don’t need a degree in clinical psychiatry to establish you are not happy. I was in desperate need of endorphins, and I decided to take a scientific approach to the problem. Of course, sex is a great way to stop worrying whether you are happy, but getting laid in London when you are a conscientious objector to Tinder and similar apps is mission impossible. But, any physical activity will release endorphins into the blood stream (or, alternatively, will make you tired enough to sleep at night without seeking help of more or less legal substances). So I started fencing (which was a fantastic way to forget about the stress and all the petty daily arguments in the office, but I also met my only close english friends in the club, and through all the pub sessions, barbecues, parties and weekends away I initiated, they are now getting married and buying houses and whatnot. You are all welcome by the way, no sarcasm, but I know you are well aware of the fact that if it wasn’t for me you still would not be talking to each other). And I bought a bike.

I hated cycling ever since I was a teenager and my dad used to drag me along to cycling holidays with his mates, where I would be the only girl, and they would magically transform into greyhounds at the bottom of every climb and started racing each other uphill, forcing me to ride 100+ km trips in the mountains on my own. And every time I would finally make it to the summit, they would be like: “Oh finally, we’ve been here since half an hour, let’s go now!” This was years before inventions like padded shorts or cleats became generally available in Czech Republic, so my arse would ache for weeks and I was barely capable of walking. Awesome holidays.

Nevertheless, I discovered I quite enjoyed cycling and commuting to the office certainly had its magic: 6 am is the hour when London shows its kindest face. No traffic, cool morning air, foxes in the parks, and some breathtaking sunrises over the Tower Bridge. More importantly, risking the life in London rush hour is preferable to facing the tube in summer (mainly frequented by sauna aficionados with an alternative approach to personal hygiene). One day in 2014, some blokes in the office were talking about London to Paris ride they had done and I thought that if those jumped-up cokeheads were capable of completing it, so must I. So I googled it and signed up for the ride for the following year with a charity that was back then known as Leukaemia & Lymphoma Research (nowadays Bloodwise). And while I was at it, I signed up for London and Blenheim triathlons with them. 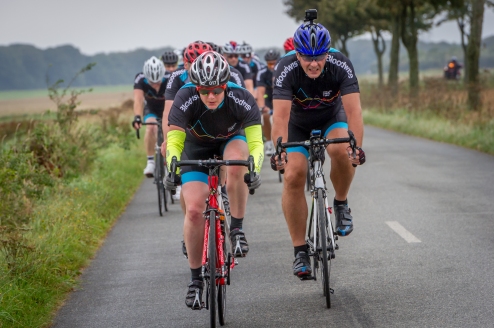 Long story short, training for such big events gave me a purpose to live. It probably sounds worse than I intend to. The constant juggling with my schedule to fit in gym, swimming and running trainings, and subsequent making sure I was eating properly brought back order to my life and eventually, my life back to order. I fundraised of course, and rather successfully, but I admit I was always thinking of all the events as of physical challenges. I became a sport junkie, but I still needed a purpose to train (like with everything else in my life, I get bored easily if I do something just for the sake of doing it), and I was a little bit afraid what would happen after arriving to Paris, as this was the last event of the season and there would be nothing left to train for until spring, nothing to distract my mind from wandering onto a path of self-destructive nonsense. The evening before the ride eventually arrived. I was packing my stuff and I remember completely losing it. While the tears were running freely, I was thinking that I was riding on my own, I was certain I would remain on my own for the entire duration of the event (everybody else was english after all) and no one was waiting for me in Paris, while the others would be joined by their spouses, children, boyfriends, girlfriends, any friends. I would be alone again (and I am fighting the itch to add “naturally”, this is my cynical self resurfacing).

I was so very wrong. Everybody was extremely friendly and supportive, in fact I met more nice people in those 4 days than in the entire 3 years I had been living in London. There were people riding in memory of a dear one fallen victim to blood cancer: parents, spouses, even children, sadly. And there were people who survived and recovered, also thanks to all the research Bloodwise is funding. These people opened my eyes. I am not saying that no one has real problems unless they have cancer, and no one would ever dream of implying such thing, but I realized that my petty spleens were nothing I could not face and defeat. These people showed me the way to do something useful with my life. I was privileged: I was living in rich environment, people around me had money, my employer had a top-up policy for personal fundraising in place, I could bring two or three grand to the table, yearly, money that would go to one of over hundred concrete research projects Bloodwise is currently funding. I may have not needed help from Bloodwise, and hopefully I never will, but people around the charity gave me other important things: different perspective when I needed it most, affection, hope and many friendships that last to this day with people I wouldn’t have met if it wasn’t for Bloodwise. They saved me, not from cancer, but definitely from becoming a miserable Londoner. 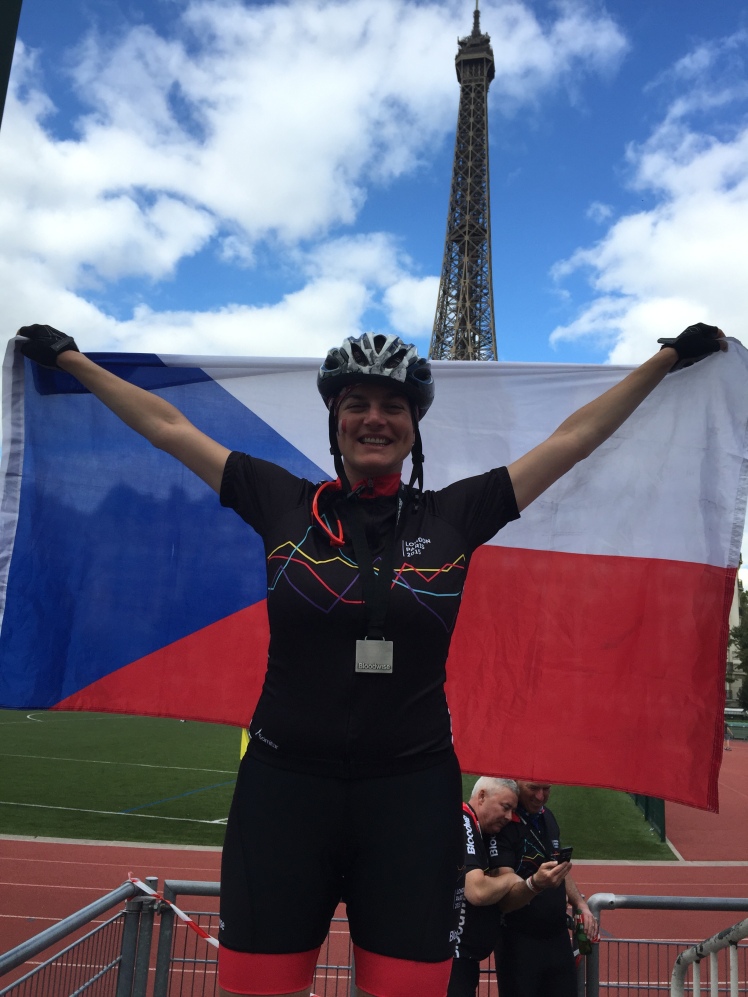 In 1960s, 97% of children diagnosed with leukaemia would die. Today, 83% survive and recover. This  too is the result of the fantastic work Bloodwise has been doing since over 50 years. I will tell you a story. When we crossed the finish line in Paris in 2015, I was riding alongside a man called Steve. When Steve was diagnosed with acute leukaemia in 2008, he was given only 30% survival chance. He was lucky: he had found a bone marrow donor and defeated the disease, and he was about to meet the lady who saved his life in Paris, where he invited her with her family. We dismounted from the bikes and hugged, and there was some sort of TV crew filming everything. The anchor asked Steve whether he had met his donor yet, and he said he had not had a chance. There stood Catherine, with her husband and three beautiful children, and one of the girls approached Steve and asked whether it was true that he had Mommy’s blood. Steve replied it was indeed true. The little girl then said: “OK, you are family now”. By that time, Steve, Catherine, me, and everyone else who witnessed the scene was crying. I am crying while I’m writing this, to be quite honest.

These were just a couple of example of how Bloodwise is fighting blood cancers. I hope none of you will ever have to face this, which is why we all do what we do and the reason I am joining the ride again in less than a month. I know Bloodwise won’t stop until no one dies of any type of blood cancer anymore, which is why they need our help, your help, to continue doing their lifesaving work.

If you can, please, take a few minutes to visit my fundraising page (or click on the button below) and sponsor me.